“To delete the word ‘almost’. It looks like you have to be perfect to beat them.”

Jürgen Klopp, when asked what his approach will be to stopping Barcelona in the second leg

The day before Barcelona travelled to Liverpool, Jürgen Klopp answered a number of questions regarding how his team would approach the second leg of their Champions League semi-final tie. Statements such as ‘must be perfect’ and ‘failing beautifully’ are not uncommon of the German, but that was especially the case here. Liverpool had allowed three goals at the Camp Nou against Barcelona a week ago despite playing admirably. They would need as many goals to at least move to extra time, as well as prevent any away goals.

Liverpool would get four. 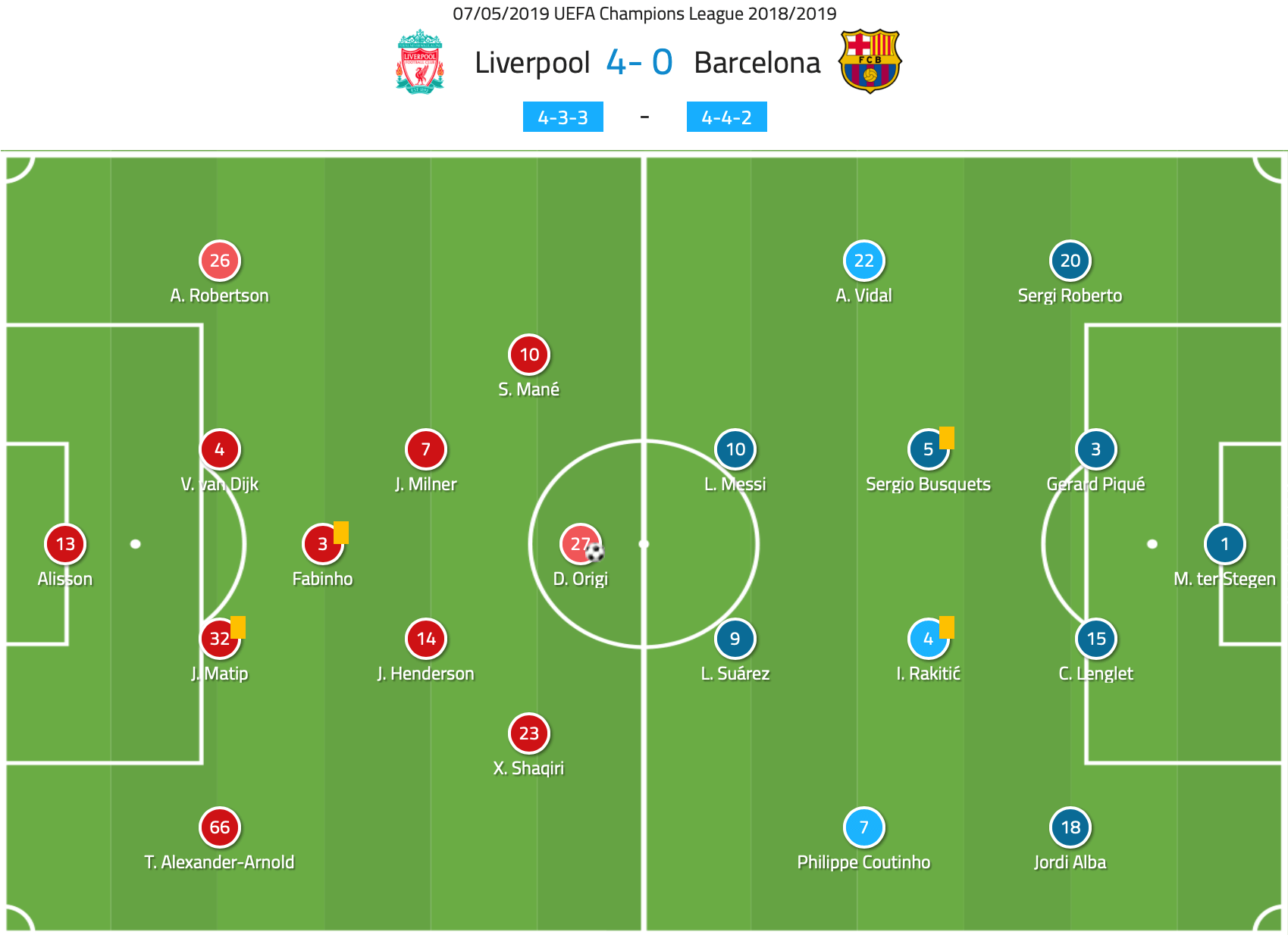 In addition to starting the match down three goals, Liverpool were also without two of their famous front three, as Mohamed Salah and Roberto Firmino were forced to sit out with injury. Xherdan Shaqiri and Divock Origi started in their place. Georginio Wijnaldum would also sub on at halftime to replace Andrew Robertson. It would be these ancillary pieces of Klopp’s squad that would make the major differences in the match, with braces coming from Origi and Wijnaldum and Shaqiri providing the assist on the tying goal.

If you want to read the whole tactical breakdown of the game, head over to totalfootballanalysis.com or click HERE

Alisson’s risk taking must be measured