After drawing 0-0 against Bayern Munich in the first leg, Liverpool travelled to Allianz Arena to take on the Bavarian giants in a highly-anticipated Champions League match. Bayern have just recently overtaken Borussia Dortmund at the top of the Bundesliga table on goal difference, while Liverpool sit one point behind first placed Manchester City in the chase for the Premier League title.

While the first match was a bit of a disappointment for the Reds attack, this second leg would be far improved as Liverpool went on to win 3-1, successfully executing and administering a number of tactical stratagems. 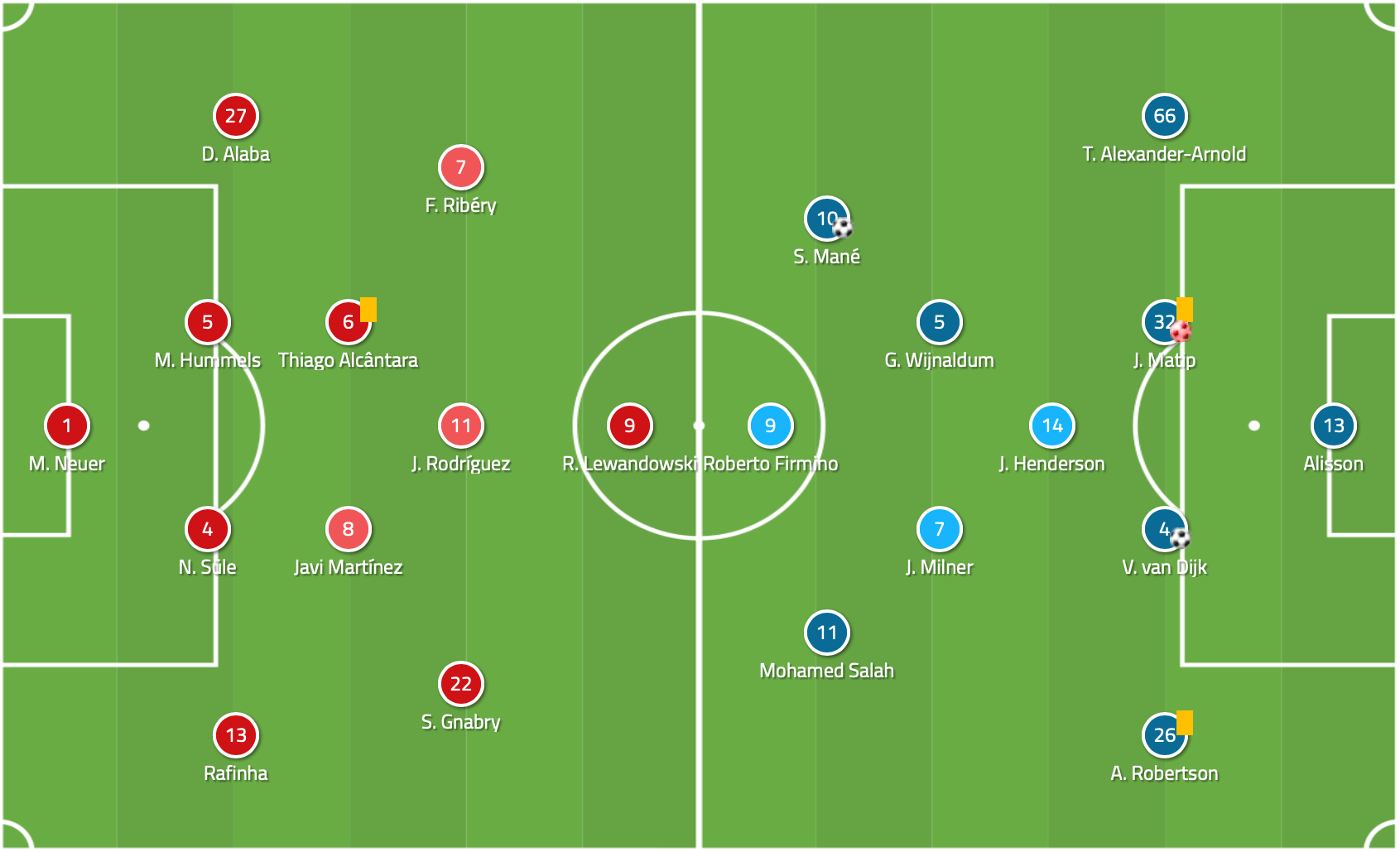 The hosts were on a high after winning five consecutive league matches, including a 6-0 demolition of Wolfsburg and an impressive 5-1 win away from home against renowned Bayern-killers Borussia Monchengladbach. The deep midfield pair of Thiago Alcantara and Javi Martinez started both those lopsided victories, and thus were the central ball-playing cogs for Bayern against Liverpool.

With right-back Joshua Kimmich suspended for the second leg, Rafinha started in his place. James Rodriguez, along with wingers Serge Gnabry and Franck Ribery were hoping they could give Robert Lewandowski more service than the limited touches the Polish striker received in the first leg.

To read the full breakdown of the game, click here.

Who Should Liverpool’s Midfield Three Be For Monday’s Clash With Palace?

Klopp squeezes the life out of Bayern as innovative wide attacks...