Liverpool remained unbeaten at home in the Champions League under Jürgen Klopp with a satisfactory performance in 2-0 win over Porto. Liverpool took advantage of Porto’s poor first half, which in the Champions League is more than enough to seal a game. In this tactical analysis, I will show you why Liverpool dominated Porto in the first half and how Porto grew back into the game.

As expected Liverpool remained with their usual 4-3-3, with Matip rested and Lovren brought in, while Porto opted for a 5-4-1, with the aim of switching to a 3-4-3 in attacking transitions. Jordan Henderson picked up where he left off against Southampton, playing in a more advanced role in front of Fabinho, who also played an important role in the game. 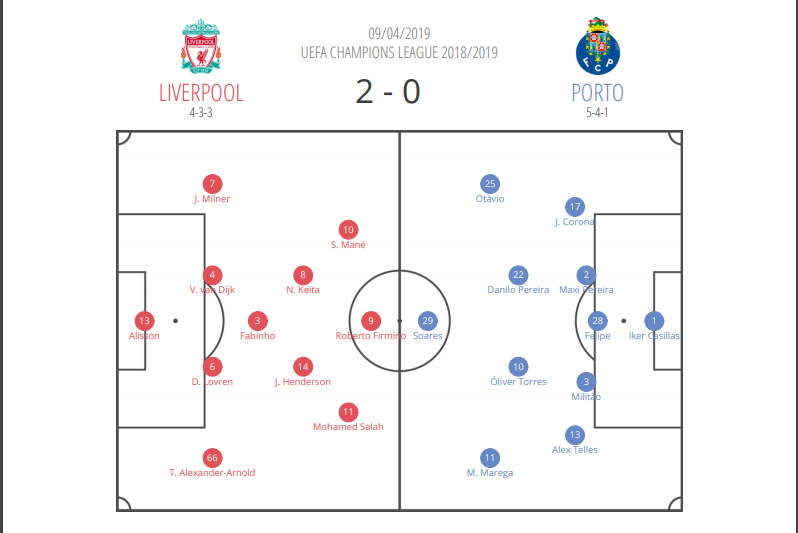 Porto remained compact both horizontally and vertically to limit the spaces between their lines and to prevent Liverpool from playing through them. However, when a team plays in such a compact shape with a high line, you would expect them to press aggressively with their compact shape as more people could contribute to the press.

If you want to read the full article then head on over to our dedicated analysis site, totalfootballanalysis.com, or click HERE

Kai Havertz continues to show Liverpool why they must sign him

What must Liverpool learn from last season’s visit to Arsenal?