On Sunday, Liverpool travelled to South Wales to take on Cardiff City. The Reds had just completed the elimination of Porto in the Champions League quarter-finals and were on a nine-match unbeaten streak, having last lost a match back in January to Wolverhampton in the FA Cup. Cardiff meanwhile were in the midst of a fight to avoid relegation as they had recently defeated Brighton, the club currently three points ahead of them in the table and who have a game in hand. 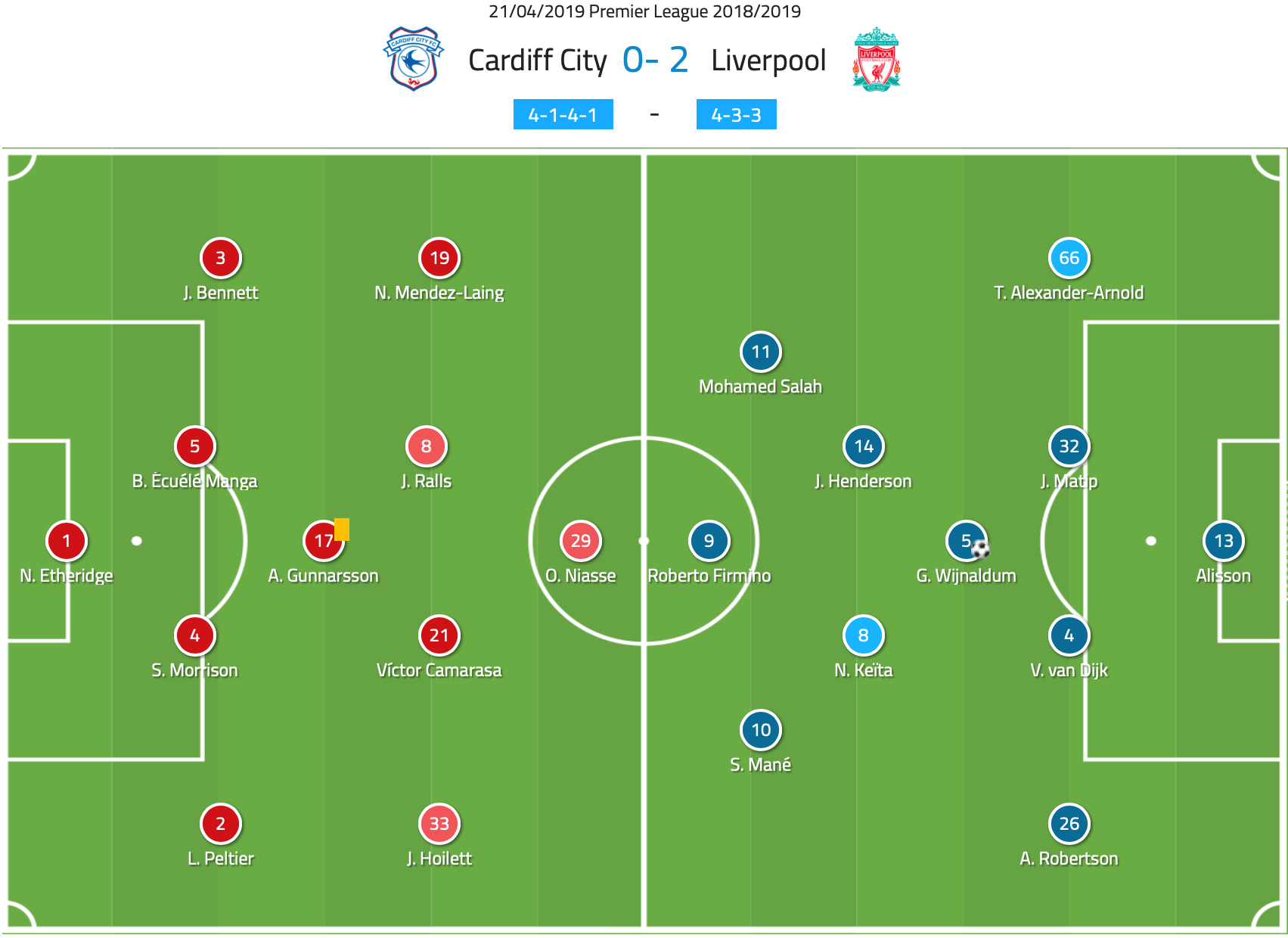 Cardiff lined up in a 4-1-4-1 formation, something they have commonly used against superior, more direct attacking opposition this season. On the back of Liverpool’s midweek victory in Portugal, Jürgen Klopp only opted to rest Fabinho and James Milner, with Jordan Henderson and Naby Keïta replacing them in the midfield of the trademark 4-3-3.

As expected, Liverpool controlled possession for a vast majority of the match. With the ball comfortably in Cardiff’s half of the pitch, we would often see Liverpool’s midfield or forwards drop back into space to aid in the composed progression of attacks.

Is Salah Quitting Egypt? And Ings to Depart LFC

Why Liverpool fans shouldn’t panic about the lack of signings

How much better than Loris Karius & Simon Mignolet is Alisson?

Juventus trying to get Brazilian before the transfer window ends